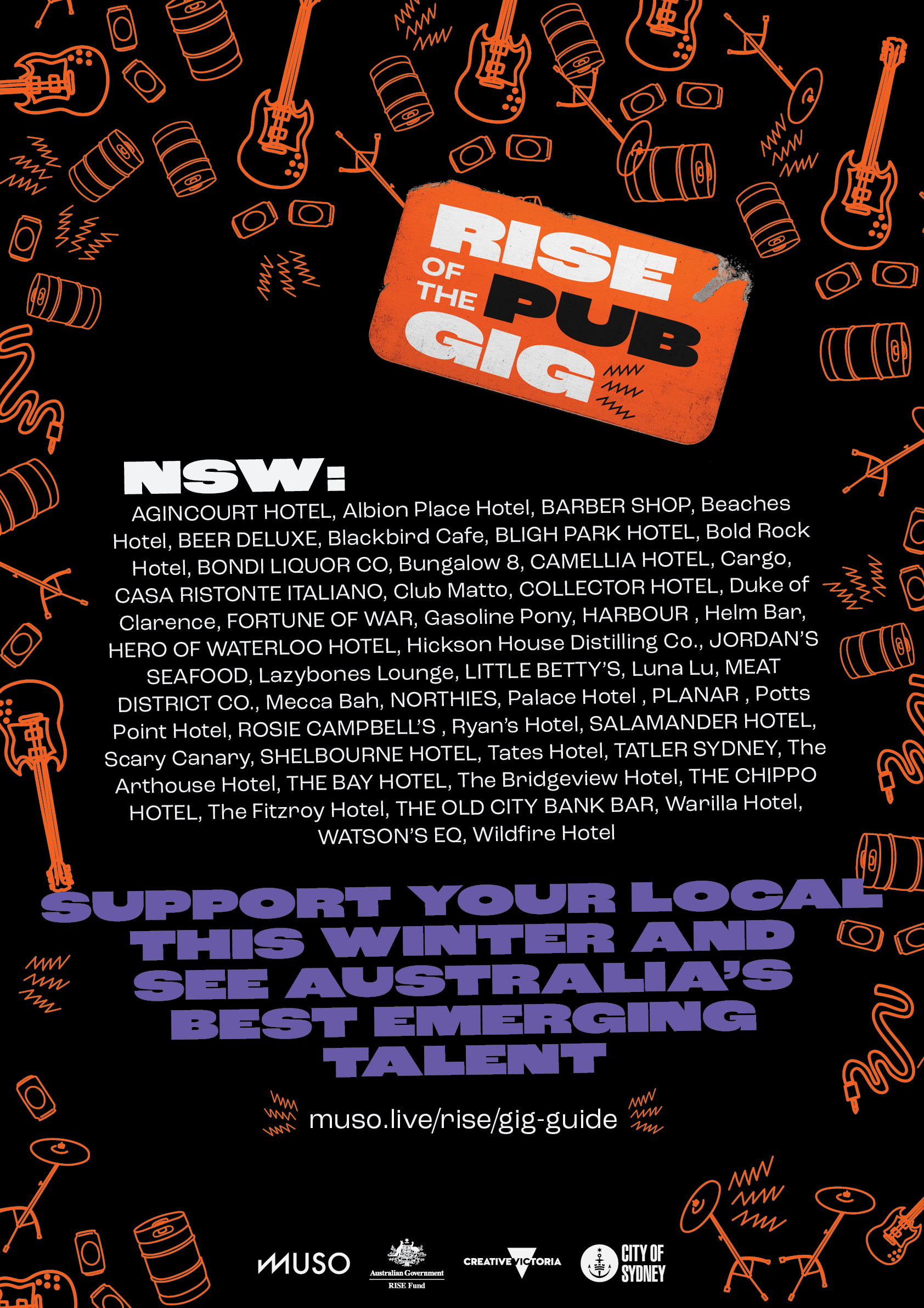 Muso’s Rise Of The Pub Gig featuring Will Clift

Will Clift features as one of the first shows on Muso’s Rise of the Pub Gig tour, which is presenting 500 shows at 100 venues throughout June and July.

For music lovers eager to get down to their local shows, a full line-up for the tour can be found on the Muso website which is being updated daily with new gigs, so be sure to keep checking in.

Back on track after being rescheduled due to COVID, Muso is set to curate 500 live shows at 100 locations nationwide across the months of June and July, championing live music, artists and the fans that support them.

Launched to help re-establish local live music across the country, Muso is proud to have support from Creative Victoria, The City of Sydney and the Australian Government’s RISE Fund to fund the tour.

Providing fans with two months of unforgettable experiences, Rise of The Pub Gig will re-invigorate the classic “pub gig” fans love, while also giving back to venues and placing artists firmly in the spotlight at many adored local establishments.

Anyone interested in attending can head to the Muso website now to find out where and when their favourite local artists will be on stage.